All the solutions for your endurance training

Triathlon is an endurance sport. The development of this ability is an essential goal of triathlon training. It’s about becoming able to withstand fatigue in a long-lasting ordeal. The triathlete needs to develop his endurance at the right level and devote himself to it wisely. So what volume and how to go for a Half Ironman?

A first approach to training can lead to trying to push back the threshold of fatigue by increasing the workload to reach and push its limits. On the social networks, many triathletes like to exhibit their ability to train without really having made the link with their sporting goal, the duration of the test but also with their physical and psychological abilities. In practice “Ironman”, a system of overbidding is installed. 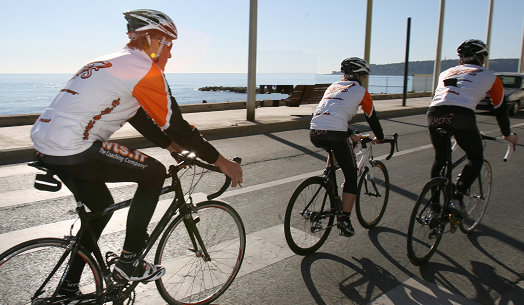 Professional triathletes feed it: the number of training hours per week goes from 25 hours, to 30 hours, to 35 hours, to 40 hours, … The link between the ability to train and the endurance performance is real. It is all the more relevant that the test is of long duration. However, it is not a question of training all the year with only variable the volume of training that is measured in hours, km, Kcal, … A good planning of its training will make it possible to identify the periods ( or training cycles) for which a goal of training volume is essential and to prepare for it.

The main difficulty at this moment of preparation will be to set oneself to find its limits. For the professional triathlete, he will be able to reach his maximum volume capacity since he is dedicated to this activity full time and that to get there, he will integrate in his training a work of recovery. For the amateur triathlete, the limits will be much more quickly reached: a professional activity, less hours to devote to his training, a work of recovery often neglected … The equation is very different. It must be accepted and especially not to feel guilty If you do not have enough knowledge of you to venture close to your limits, you can use the help of a coach to guide you and avoid falling into the overtraining.
When playing with the training volume, a fundamental rule must be respected: progressivity.

The development of his endurance goes through training cycles with a goal of volume :
– Fixed according to your abilities, your goal and your availability,
– planned in its preparation,
– Coupled with a work of recovery,
– Realized with progressivity.

Developing your endurance by taking into account only the volume is a reductive way to approach: activity, training and performance. Playing only on the training volume can be counterproductive and even dangerous.

Volume but not only…

Scientists have characterized the determinants of endurance performance (1) (2) (3). Existing models suggest that maximal aerobic power (or VO2max), aerobic capacity, and locomotion economy are the most appropriate indices for predicting endurance performance (4), (5), (6). If we consider only cardiorespiratory and energetic factors, a model for predicting the athlete’s running speed (V) according to his VO2max, the fraction of VO2max (F) used and his locomotion economy ( C) is proposed (1). The level of performance of an individual can therefore be characterized :

While this model appears to be generally applicable, performance factors are specific to each mode of triathlon locomotion. The physiological and biomechanical mechanisms differ according to whether one moves on land or in water, running or pedaling. These factors refer to the amount of energy an individual has on exertion and his or her ability to transform that energy according to the type of displacement. With regard to triathlon, it is necessary to define the factors of the performance taken in isolation and for each mode of locomotion. This approach shows that a triathlon coach will be able to easily identify progress tracks by targeting your training objectives according to your perfectible points [discover the WTS coaches]. Endurance is not worked with the “volume” slider. Endurance performance requires to become able to move in all three modes of locomotion over a wide range of speeds. Triathlon performance involves the development of a harmonious and comprehensive set of capabilities that contribute to endurance. A great diversity of sessions gives more pleasure to the practice and also contributes to increase its training capacity. Endurance is not working on the same pace.

Half Ironman between endurance and ultra-endurance

The level of endurance depends on the duration of its goal and the total energy expenditure to achieve it. The Half Ironman triathlon which consists of swimming 1900m, pedaling for 90km and running a half-marathon is done in 3:40 for the best and in 7 hours for latecomers. For the first, the Half Ironman is a simple endurance test not exhausting; and for the vast majority of others it’s an exhausting ultra-endurance event like an Ironman. It is a bit as if some people managed to achieve the high-speed course with only a full tank of fuel; for others, it is necessary to choose less greedy speeds and regularly use fuel surcharges to cross the finish line. The situation of exhaustion would correspond to the passage on the reserve. Now that this analogy is made, we can better understand that the same test can be non-exhausting for some and exhausting for others according to their speed (or their energy consumption) and their energy reserves. 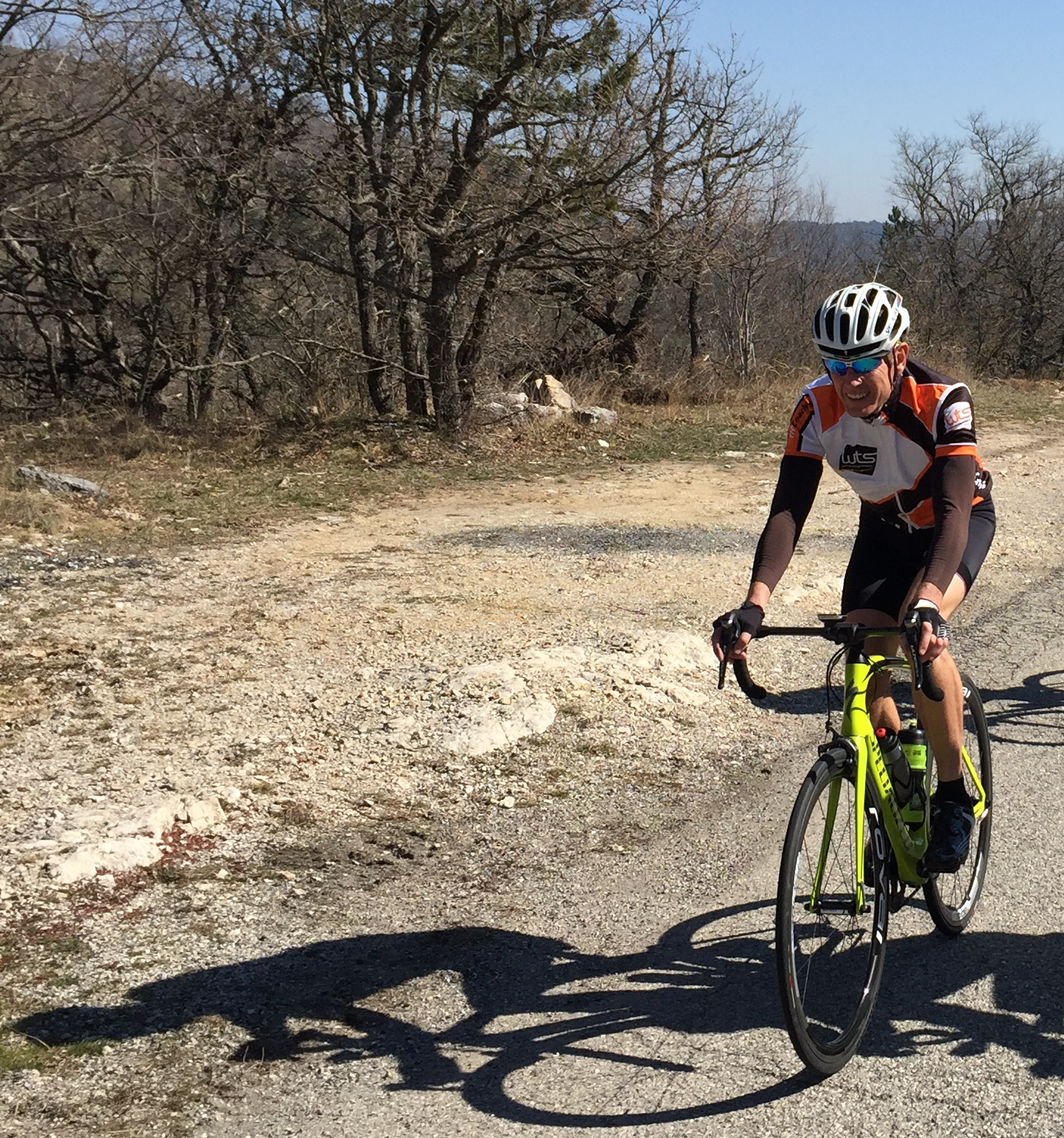 In humans, there is a relationship between glycogen depletion and decreased ability to produce high-level exercise. For exercises lasting more than two hours at 75% of VO2max, depletion of glycogen stores may become a limiting factor in performance. Afterwards, it is possible to continue an exercise while the glycogen is exhausted but in this situation the oxygen consumption is reduced (to maintain a level of work between 50 and 55% of VO2 max for 7 to 8 hours) and therefore the running speed (V). At this level of work, lipolysis and hepatic neoglucogenesis take over. The availability of glycogen is not the limiting factor in the pursuit of a very long duration effort and at low speed.

Depending on its level of performance, we prepare a Half Ironman with a large volume of training at low intensity if we are not sure to cross the finish line without being exhausted: it is for the vast majority of triathletes. In this case, the preparation will look a little like that of an Ironman.

For the best (professional and best young age groups), the volume of training will be coupled with a high effort intensity. The ambition to go fast on Half Ironman will be associated with the risk-taking of “stuck” on the final.

The Ironman and the Half Ironman are events where the absolute energy cost is such that the capacity of endurance depends on its level of training but also of its food strategy. A recent review of the literature shows the importance of coupling a physical exercise (8) with energy endurance training to meet energy needs. The development of its endurance can be sought by a multi-disciplinary approach that combines physical exercises and nutritional exercises. This type of preparation should be undertaken with the advice of an expert.

For the vast majority of triathletes, the preparation of a Half Ironman requires a large amount of training at low intensity since this test is exhausting. To optimize its preparation, a multi-disciplinary approach (combining physical exercises and nutritional exercises) can be considered.

– Download the free Ebook “10 mistakes to avoid to reach its peak of form”
– Discover the interview form HAWA¨I Ironman of our coach Fred Sultana
– Contact WTS to prepare your next goals!

Leave a reply or cancel